Salt Bae gets served! | The Tea

Qubula Ziyasha! There is no time to feel jaded when all your faves keep rebooting their worst moments! 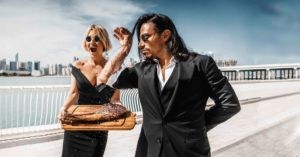 The social media sensation who handles his meat with great flair. Yeah, well the city of Boston has ordered him to close his restaurant after a viral video revealed that the restaurant was failing to meet Covid-19 public safety standards.

Boston residents also took to their version of ‘HelloPeter’ to complain about the Turkish Chef being Ray Charles of the global pandemic. Nusret hasn’t responded.

Mariah’s book continues to spill all the tea 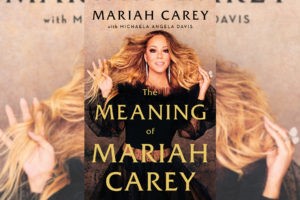 Mariah Carey’s memoir ‘The Meaning of Mariah Carey’ is finally out and it’s heated! The American singer-songwriter comes for her arch-nemesis, Jennifer Lopez, whom she often claims not to know.

The beef between the two started in the early 2000s when Lopez sampled Mariah’s unreleased track titled ‘Loveboy.’ Mariah claims that she was initially touted to do that iconic “I’m real”remix with Ja Rule but J-Lo got the feature… And, well, we all know it went on to be a hit.

The question on everyone’s lips this morning is whether Somizi’s hubby, Mohale, is an actor or an accounting student?

This after it was announced that he’ll be joining the cast of Rhythm City playing the role of a fly-by-night investor. Tweeps were big mad, questioning Mohales acting abilities. Because you can only be an actor if you’re from AFDA mos?

Struggling actors dragged Mohale for landing an acting gig before them and wondered if Somgagas clout had anything to do with it.

Some advice to struggling actors: ITS WHO YOU KNOW!