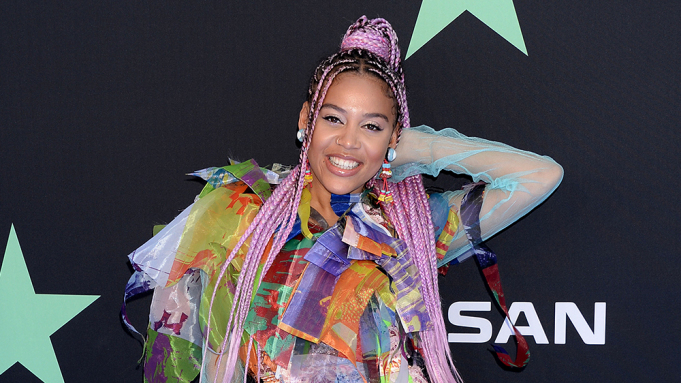 Nominated for best new international artist on Sunday’s BET Awards for the second time in as many years (she won in 2019), her songs “John Cena” and “Huku” have each logged over a million streams on Spotify, bringing her to the attention of Beyonce and Ed Sheeran, with whom she shared a stage at the 2019 Global Citizen Festival.

In a Zoom interview, she recently had with ZAlebs and other media organizations, she revealed that she has a new record label but said her team is working on how to announce it.

“I’m still planning to announce my new record label situation. With the new team, we have to figure out how we are going to launch this. It’s going to become a different phase of Sho Madjozi, where essentially everything you have seen from the beginning has been me and my tiny team, so now things are going to be different, hopefully, bigger and better, but I think we still have that part of planning, but definitely this year” she said.

Taking to Instagram, the John Cena hitmaker finally decided to let the cat out the bag. In a post, she said “You’re looking at the newest signee at Epic Records US!! Iyah.”

Can we get an “iyah!” for the leader of the Limpopo Champions League? The superstar @shomadjozi has another incredible accomplishment under her belt and has signed to Epic Records. Madjozi unpacked on her recent deal on #TheBestDrive with @SUPTA_DJ