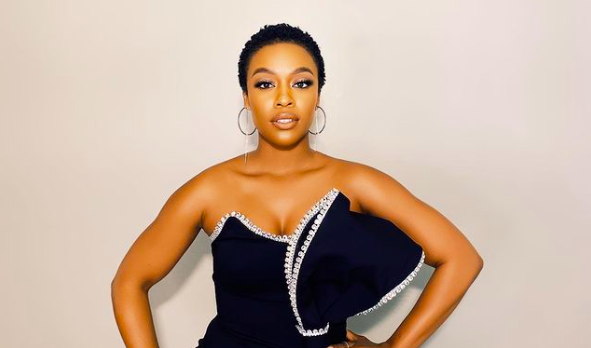 The Best Drive’s DJ Sabby and Altovise had a chat with Nomzamo about her career journey so far, working hard in the industry and ultimately landing a role in one of the biggest movies of 2021.

As part of the amazing cast of the Coming 2 America movie, Nomzamo continues to showcase her great acting skills as the character Miremebe. She is Zamunda’s royal hair dresser, a character she describes as charming, witty and smart with something different to offer.

“I am a product of public votes, that’s how I got into this industry. I don’t do the work to be seen, I do the work because I want to push the narrative and be inspiring. I don’t allow critics to take from me. I’m doing this to be a tangible representation of a dream.” says Nomzamo

Nomzamo also highlighted that she considers herself as Pan African, having travelled within the African continent a lot through work, she wanted anyone who watched the movie across Africa to see themselves in it. It was important for her to bring various nuances into the movie and bring the character to life.

For the full interview with Nomzamo Mbatha, watch below:

Into the Night with Kea Zawadi

Win a Samsung Galaxy A32 with Samsung and YFM