There are many misconceptions about our diverse country. With many thinking we have wild animals roaming the city streets at any given time or we don’t have electricity and WiFi. But one famous somebody may have taken it a step too far.

Fast & Furious cast member and American singer, Tyrese Gibson, had South Africans enraged on Wednesday, 17 June 2020. In a now-deleted Instagram post, the actor posted a controversial set of images along with a caption which suggested that South African black people and people of colour are living their best lives being served by and oppressing the caucasian population. 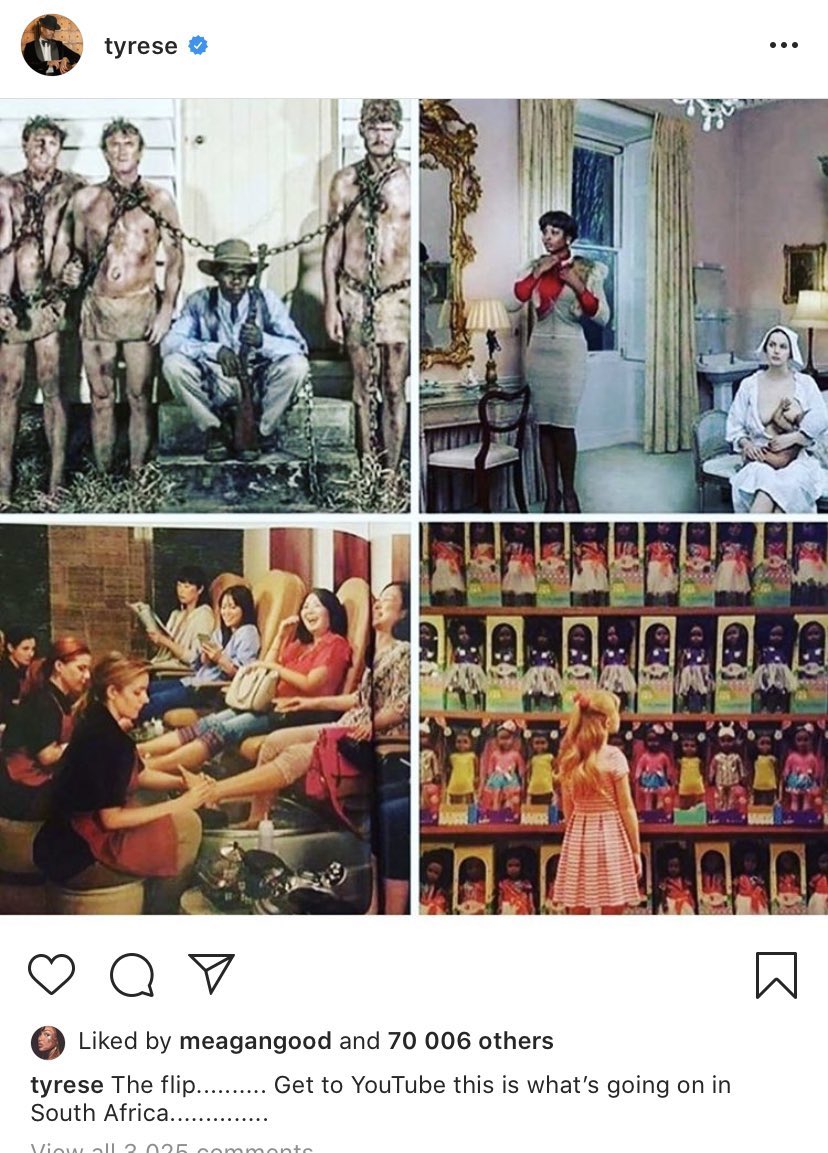 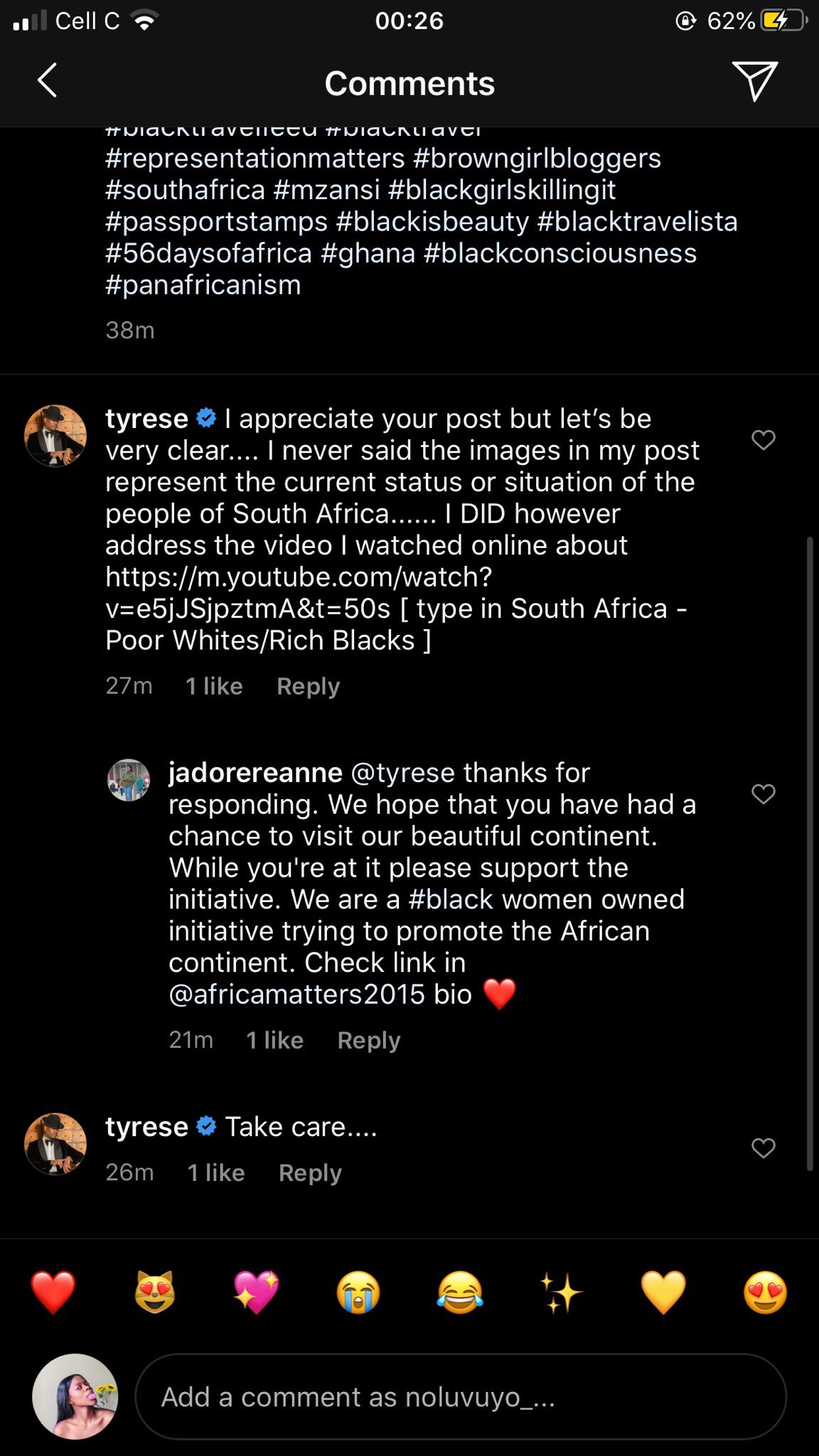 Top left: White men shackled in chains with a black man in the middle.

Bottom right: A white girl looking at a shelf of black dolls

The video Tyrese referred to:

Many South Africans were angered by the post, and tweeps wasted no time setting the record straight.

Word got out and media personality and founder of House of BNG, Bonang Matheba according to screen grabs, responded…

“If anybody follows me on Instagram, ya’ll know. Controversy doesn’t scare me.”

Tyrese states in a video he published following the removal of the post.

He goes further to point out that he first stepped foot in “Africa” in 2004 and is very proud to have the title AFRICAN- American seeing as he recently did an ancestry test that allegedly ‘proved’ that he is 98% African.

In the midst of the global pandemic, #BlackLivesMatter movement and the #GenderBasedViolence uproar in SA, the actor continues to say “I was actually proud to put this post up because… I was not specifically pointing out anything…”

Which – doesn’t make sense because he later explains that what he was pointing out was that “images of [African] wealth are not shared” in traditional media.

“But to me… I was inspired by the role reversal…

I was inspired by… the shift, I think we’re all seeing in the world..”

Without further ado, here is the rest of what the #VisionImplementor had to say

This is my response to what has now become controversial- Love and light always! [ shout to team short attention span ] Ha!

So, what do you make of this?