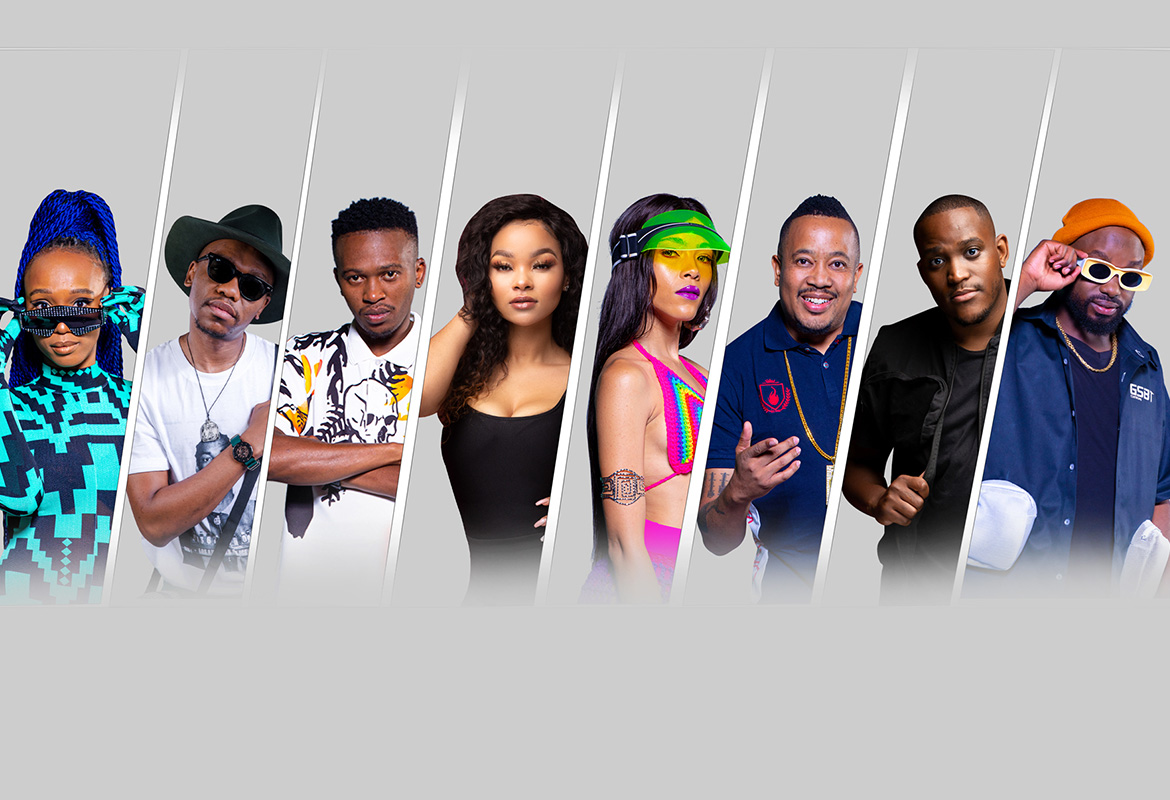 YTKO is an ORIGINAL forty minute LIVE mix EXPERIENCE that takes place every evening from 6pm on YFM.

What sets YTKO apart from others is that not only is it 100% live, it’s also interactive. When you’re listening to YTKO from, work, your car or in your home you can send YFM a voicenote via the app so that we know how turnt you’re getting with us and how much you vibed with the mix. So in that sense, YTKO is a PARTY, an online club that opens at 6pm on the daily. And, from 2019, YTKO runs from Monday to Saturday!

Each day brings a genre-specific mix until 6:45pm, with Friday being the exception when Lebza The Villain mixes for an hour to officially start the weekend right!

The only intelligible Monday motivation is to listen to Da Kruk. Between Euro tours and his London correspondence, he offers the listeners lounge and house music inspired by tribal elements but with global appeal. As soulful as house music can be, this translates into the hearty beats the rhythmic sounds he uses to provide the listener with a transient experience.

Legendary Crisp adds her own colour, texture and touch as she maximises every beat of every Amapiano track to create the unique “Crispy Fresh” sound. Crisp is at the nexus of music, corporate space & law, night-life events and gigs, and schooling you on Amapiano sounds.

Her precision mixing at unbelievable speeds is part of the show; as each track mixed in you can positively feel yourself shifting from your radio to a dance floor in the warm streets of Pretoria, where many may say, the Amapiano sounds were born. Have your ears pricked at 6pm every second Monday, as she radiates at the crux of dusk.

Mellotik is not just any hard Hip Hop & RnB DJ. He is an experience. He is the transporter of minds and souls to an insane paradise that leaves you feeling invigorated and electrified. With smooth sounds of rhythm that travel from KwaThema to Sandton, he is sure to snatch your attention on a Tuesday night, providing you with a dimensional musical voyage.

DJ Fae Fae is an outspoken events, club and radio mix DJ, host, MC and vibe of any party. Fae Fae hails from Limpopo, and relocated to Pretoria in 2000 where she started her schooling career and further obtained her bachelor’s degree at the University of Johannesburg. Beyoncé , Timberland, Kanye West, and Missy Elliot are some of the artists that can be said to have had an influence on her musically, and contribute towards the aspirations she has within the music industry as a whole. Catch Fae Fae every second Tuesday at 6PM, on #YTKO.

DJ Candii, our resident Queen of Gqom electrifies your midweek on a Wednesday. Merging subdued sounds of traditional house music with the new, bright, dubbed kasi electro; a visceral, rough-edged, minimal form of house music distinguished by the sounds of wavy and bass beats. Gqom, derived from the onomatopoeic combination of click consonants representing a hitting drum, is sure to sweeten up your Wednesday.

If there is someone who knows hip-hop better than your best known cypher MC, it has to be Dj Zan D: The New-Age Afrika Bambaataa.

Focused on technique, Zan D is a masterfully seasoned mix DJ. He encapsulates all things Hip Hop; just as skilful as he is one with word on the street. When he is not DJing in London’s hottest night cubs, or co-hosting SA Hip Hop Live, he is keeping you entertained on a Thursday with a strictly Hip Hop mix.

Fridays belong to Lebza The Villain, the Soul Candi Music Institute graduate and Afro-Dance music DJ. Lebza is what we call a weekend engineer as he uses his Afro-futuristic sounds to snare before you’re released, not freely but with a loud craving for a party. He achieves this successfully during the hour between 6pm and 7pm, resonating with the tribalist in you as dramatic drums catapult you into a weekend party mood.

Coming across DJ Zero’s unmatched talents will instantly pump positive energy into your Saturday. From the emotional and nostalgic feels invited by the classical hits, to his masterful control of out-of-this world mixing, it can be said that at the end of every story or musical encounter with this “Hip hop demi God,” you’re left wanting more.

Lighten up your Saturday evenings from 6pm, closing off YTKO for the week, with 100% local sounds of Hip Hop mixes – carefully crafted to uplift your spirit and served by the vibes connoisseur that is, DJ Zero the Hero.