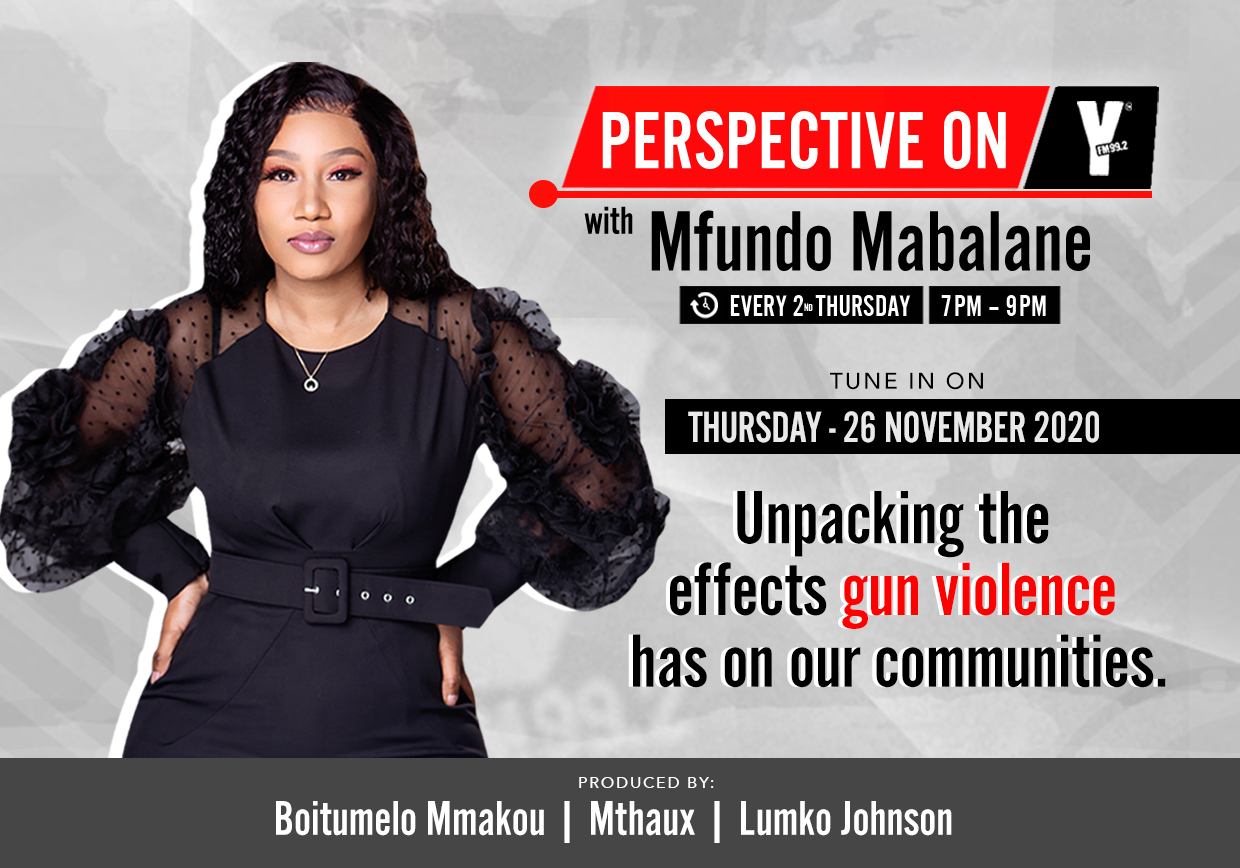 YFM, Gauteng’s biggest youth station, will be focusing on a discussion that has affected many South Africans, the effect gun violence has on our communities.

Panel guests on the show Anika Roslee – attorney and gun advocate, Montenique Davey – sports shooter and on executive board of Gun Owners South Africa (GOSA), Yvette Floss – YFM personality and licensed gun owner and Themba Lukhele – ex-convict now motivational speaker will divulge into the important issue of the effects and challenges that the issuing of guns has on immediate family, friends and the community.

The gun violence discussion opens up a multi-layered topic with regards to the number of guns and gun owners in South Africa, lost and stolen guns, legal or illegal guns in crime, the risks of gun ownership, the firearms control act and gun control as violence prevention.

The question of guns and intimate femicide and gender-based violence as a whole will also be highlighted. Firearms have been noted to play a significant role in violence against women, being used in intimate femicide (defined as the killing of a female person by an intimate partner), to rape, threaten and intimidate.

Many lives have been lost due to gun violence in various communities and the statistics remain high.

“This week we are discussing gun violence. It’s an important subject as we continue to grapple with the surge in the number of gun- related deaths. The possession of guns is regulated by policies, so we’ll speak to the police, victims and perpetrators of crimes using guns.” says presenter of this episode of Perspective on Y, Mfundo Mabalane:

Perspective On Y is a fortnight two-hour show that is produced by YFM content producers, who rotate on a monthly basis. The show stands out in its limitless way of sharing information and dares to be different.

Perspective On Y will be live on YFM, on Thursday, 26 November from 7pm until 9pm.

The Shakedown with Nia Brown and Mthaux